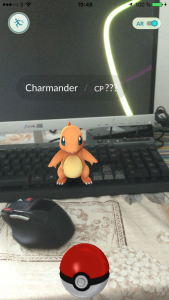 I hadn’t planned on posting anything more 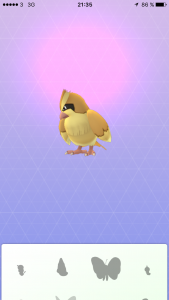 for a couple of days, but, well, I downloaded an app that was released here in Sweden today when a wild Charmander appeared.

I easily caught it and then I decided to go out and have a look around. To see if I could find some other Pokemon. I did. I managed to catch a Pidgey. I even found a Pokecenter just down the road. However, that was also a problem. The Pokecenter was located in the backyard of the airport hotel (which isn’t located at the airport. XD; ). I didn’t want to go in there so instead I opted to walk 30 minutes to the local church. With high hopes that there would be a Pokecenter there as well. On my trip there I found a Shellder that I also managed to catch. 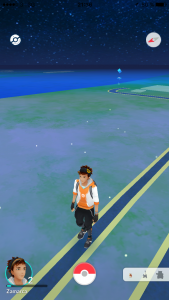 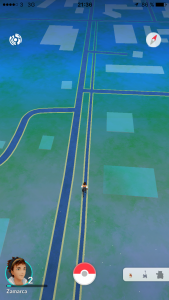 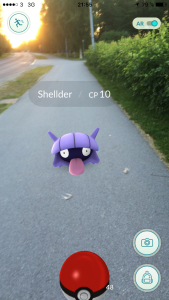 My feet started hurting. I do walk a lot in my work, but I’ve been on vacation from work for 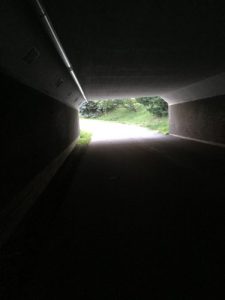 4 weeks so I’m getting unfit. That was also partly why I decided to take a short walk. I need to return to work on Monday and I wanted some pre-exercise.

When I went through a tunnel my internet connection disappeared and with that also my game. I had to decide if I should bother continuing to the church or if I should head back home and continue watching the Japanese drama I was watching when the Pokemon started appearing.

I decided to continue on as the game might come back online. My internet worked but since the game is new and there’s a lot of people playing this game there’s been a lot of server issues with it. So I walked on. 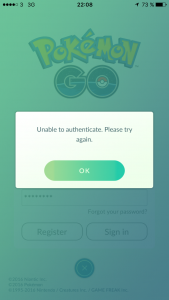 When I reached the church the connection still didn’t work. So I sat down on a bench and played with some of my 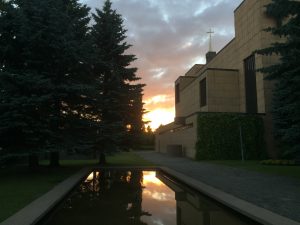 I pondered some on my current WIP as well. I will be updating with some world information at the end of the month. Hopefully.

I also took some photos of the church while I waited for the Pokemon to appear again. It’s a very, uh, odd looking church. I need to design the church of the community where my current WIP takes place as well. Huum, I need to decide on the religions of all the characters too. I haven’t thought about that before. I myself am an atheist if there’s anyone wondering. 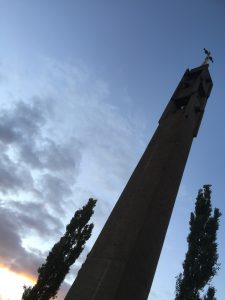 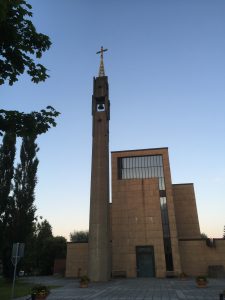 I waited and I waited and then a mom, a child and a dog walked over to the church tower while looking at the screen of a smartphone. They said to each other, well the dog wasn’t in on the conversation, while looking at the phone intently; “Here it is!” So I’m supposing that there actually is a Pokecenter here. Nice. However my account still did not want to work so I decided to head on home. I might take another tour tomorrow.

So that ends my first Pokemon GO adventure. I will post a photo I took on my way back home (I tried all the way home as well but I still haven’t managed to get on the “)(¤”#% app to work.) as a “see you later.” 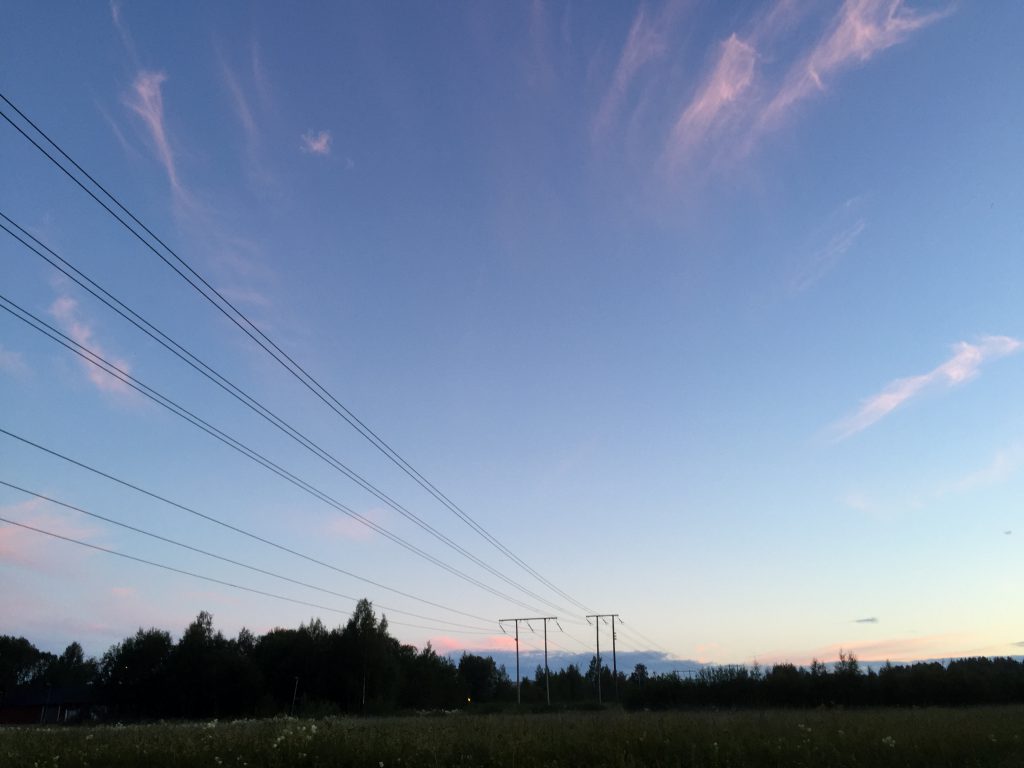